skip to main | skip to sidebar

From a piece by Diana Athill in the Telegraph today:

Not long ago, I was invited to open a literary festival in Toronto together with the Canadian writer Alice Munro, whose work I have loved and admired for years. Flying to Canada: what a nightmarish thought! My whole body seemed to recoil from it, because my legs have become so wobbly that walking more that about 50 yards is impossible, and even that much is frighteningly difficult when my deaf old head is being battered by the incomprehensible din of places such as airports, an experience so horrid that probably no undeaf person can imagine it.

No no, I couldn’t face it. But then I thought: “The chance to meet Alice Munro at last – how can I throw that away?”

Alice Munro will be 80 in July. 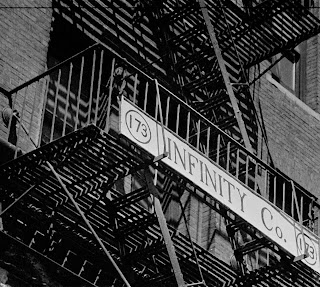 Thanks to Claire Massey for another short story metaphor from a blog post by Jeff VanderMeer
which talks about short stories being like baby sea turtles:
'Short stories (and novellas) endure a different fate, one more akin to the process by which sea turtles reproduce. Hundreds of eggs are laid
and eventually hundreds of baby turtles hatch and frantically make for the sea, many of them getting picked off by birds or crabs. Once they
reach the sea, even more get eaten by fish and other predators. Some run afoul of fishermen’s nets after they reach maturity. Short stories, by
dint of their initial appearance in magazines or anthologies, are more like sea turtles than ships. Some never make it out of the shell. Those that do frantically seek publication, but only a few make it that far. Of the ones that do, most are destined to be ignored and never heard from again. Only a handful make it all the way to some kind of prominence of recognition.'
The photo by Tim Power has nothing to do with turtles. It's the cover image for the new journal Short Fiction in Theory and Practice.
Posted by Ailsa Cox at 09:50 1 comment:

Owen Sheers judge of National Short Story Prize says stories are a 'soil sample' of the culture. This goes very nicely with Anne Enright's cats in the Granta Book of Irish Short Stories.
Posted by Ailsa Cox at 04:01 1 comment:

Another metaphor for the short story - this time Anne Enright introducing The Granta Book of the Irish Short Story in the Guardian: 'They are the cats of literary form; beautiful, but a little too self-contained...' My dog looks up at me balefully; he wants to be a short story too.
Posted by Ailsa Cox at 08:54 No comments:

The character with the round breasts and muscular thighs is not of course Mansfield but J.D. Fergusson's painting Rhythm, discussed by Angela Smith in the journal. Rhythm was the little magazine in which Mansfield's work appeared. That title is full of Bergsonian overtones to do with dynamism, intuition, temporal fluidity....Anyway, I'm very proud that my story 'The Not Knowing' is included in a journal that bears KM's name, alongside some excellent articles and more creative work by Kirsty Gunn, C.K. Stead and others.
Posted by Ailsa Cox at 05:30 No comments:

As Long as You Both

Her eyes were not exactly blue or grey. They were the colour of the sea, the sea on a dull morning without sunlight. That was how they were when he looked, but he didn’t often look. They had been together too long to take much notice of such details, but now he saw the way the strands of hair fell across her eyes and he asked her to marry him, for no other reason.

‘Don’t let’s make a big production out of it,’ he said, ‘not at our age. Lets just go away together somewhere quiet.’

Read the rest of the story in New Writing Vol. 7,

Ailsa Cox
I'm a fiction writer and critic, with a special interest in the short story genre. My books include Writing Short Stories (Routledge), Alice Munro (Northcote House) and The Real Louise and Other Stories (Headland). My fiction been included in various magazines and anthologies, e.g.The Virago Book of Love and Loss, Metropolitan, London Magazine, Manchester Stories 3 (Comma Press), and Transmission Magazine.